São Paulo – Brazilian poultry equipment maker Kilbra, which supplies Arab countries, is working to ramp up sales and break into new markets in the region. The outlook is good for the industry, as buyers turn to affordable foods such as eggs, and the Covid-19 pandemic is prompting countries to invest in domestic food production.

Kilbra manufactures and installs systems for laying hens of all ages. “The equipment is developed to provide technology, efficient production and comfort to poultry,” CEO Paulo Wesley Moterani said in an interview with ANBA.

One of Kilbra’s flagship products is the KM 2000, a vertical automated system with wire or plastic partitions. The system automatically distributes food and collects faeces and eggs. The structure is built from galvanized sheets, and the conveyor belt that collects the droppings is made of polypropylene, which makes it last longer.

Also available is the KM 353, a pyramid shaped system for chickens of all ages with automated egg collection. The droppings fall through the raised lower part of the cages and onto the floor. The KM 737 is a vertical system for young and adult quails. This is a lower version of the KM 2000. 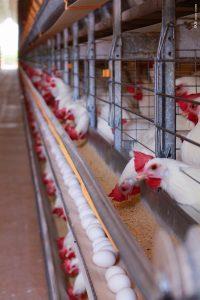 Kilbra’s monthly production capacity is sufficient to raise up to 600,000 animals, its CEO said. Most of the sales are made at the national level, with exports representing 20% ​​of total activity. The company ships products to more than 20 different countries, and Latin America is its largest foreign market.

Kilbra has been selling for seven years in Arab countries, mainly in Algeria, Tunisia and Morocco. The best-selling product in the region is the KM 2000 with integrated air conditioning for warehouses. The company has a sales representative of Moroccan origin, which facilitates the interface with Arab importers.

a Arab-Brazilian Chamber of Commerce (ABCC), Kilbra plans to work to do more business in Arab countries and to enter new markets such as Saudi Arabia and Qatar. Moterani believes that there is a market for KM 2000 in these countries. “We believe every market is a good market because the demand for eggs is increasing exponentially everywhere.”

As an example, he cites Brazil, where consumption fell from 190 eggs per capita in 2000 to 250 units at that time. With a population of 210 million, that means 12 billion more eggs. Moterani is also seeing demand increase in Arab countries, with some governments offering incentives for local egg production in an attempt to avoid import-related fees. 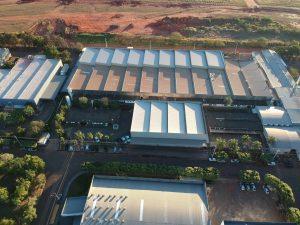 The CEO expects the pandemic to cause a change in national consumption habits. Intensifying local production will make countries less dependent on imports, not to mention potential tariff barriers or market closures, he says. Consumption will tend to continue to rise, as eggs are cheap and accessible. “As the pandemic reduces purchasing power in some countries, eggs are becoming an affordable and sustainable solution, which leaves us with an even stronger market, in terms of investment,” he said.

The company installs its systems according to customer specifications. Kilbra is a world leader in stainless steel equipment, which is more durable. Its branded innovations include equipment controlled by programmable feeding boards, without the need for human contact with the eggs; collection of drops with a scraping system to ensure perfect cleanliness; automated egg counting; conveying equipment to take eggs out of warehouses without breaking them; air conditioner; etc.

An industry leader, Kilbra is based in Birigui, São Paulo. It relies on a workforce of 190 people, to which are added third parties for the installation. Kilbra was founded in 1970 by entrepreneur Osvaldo Moterani. The management is on the verge of moving from the second to the third generation of the family. Besides CEO Paulo, family members include José Wilson, Commercial Director, and Renan, a third-generation Moterani.

Legal warning: MENAFN provides the information “as is” without warranty of any kind. We accept no responsibility for the accuracy, content, images, videos, licenses, completeness, legality or reliability of the information contained in this article. If you have any complaints or copyright issues related to this item, please contact the supplier above.